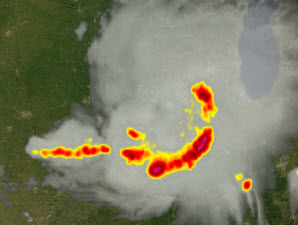 The “Camp Fire” was the deadliest and most destructive wildfire in California history. It was also the deadliest United States’ wildfire since 1918 and is high on the list of the world’s deadliest wildfires. Like the 2016/2017 wildfire that occurred in Fort McMurray, Canada, the Camp Fire touched rich and poor alike with catastrophic loss of life and property.

Unlike the Fort McMurray fires however, the Camp Fire tragedy was likely caused by arcing power utility lines igniting unkempt brush and trees in the power utility’s right of way areas during a storm. One of the most remarkable and noteworthy trends for off-grid professionals to recognize is how “the grid” worldwide may be forever changed by efforts to avoid similar events in the future. Power utility operators around the world are studying California’s approach and emulating it.

In March of 2019 the State of California passed Public Service Power Shutoff (P.S.P.S.) legislation, allowing public power utilities the option to preemptively shut down power to its customers when high winds and storms are expected in an area that is under a high fire watch. The first large-scale implementation of this new legislature occurred near Sacramento, California in June of 2019, affecting hundreds of thousands of customers. While the media had known of the new legislation for months prior to this first implementation, the public (homes & businesses alike) felt they were caught off-guard when the blackout was experienced.

Emergency managers and crucial communications sites have utilized battery and/or diesel generator backup power at many locations for years. While these backup systems were designed to help a single system overcome a short-term power outage or disruption, asset owners never expected (or intended) that all of their back-up systems would be called upon simultaneously to provide power for an extended duration power outage. A six-hour battery backup designed for use during “normal” power outages is woefully inadequate for a P.S.P.S event that could last for days.

P.S.P.S will by necessity force battery backup infrastructure changes in these regions, but there are several innovative strategies that can help with the transition. These strategies not only allow for reduced overall costs during the transition, but will also create an opportunity for better long term management of the sites in the future. One strategy may even allow existing battery backup systems to be used without an expensive retrofit…

For P.S.P.S. affected assets, the addition of reliable monitoring and Supervisory Control And Data Acquisition (SCADA) system allows users to monitor an undersized battery backup system and take action through situation escalation notices. Historically the cost of adding both monitoring and SCADA to a site was $4000 or more. With the advent of the new 4IR world however, products such as the FlexSCADA RTU ($500 to $750) are changing the way organizations think about infrastructure and asset management.

While situational awareness is the first big benefit when installing a FlexSCADA, owners quickly realize a multitude of additional benefits – fuel savings, battery life insurance and extension, and fewer service calls, allowing managers to save expensive manpower response for times when it is truly needed. Equally important is the FlexSCADA Q5 line’s ability to shut down a shaky grid line, forcing a battery backup into use to prevent down-run grid brownouts from harming sensors, motors and communication gear.

The FlexSCADA solution can also be inter-mapped with layered geography, weather, fire danger, P.S.P.S. and other geospatial data, allowing for interactive planning, as well as preemptive action or damage control in real time.

PSPS could not take place without modern forecasting, good communications and real time data. Fortunately, technology such as FlexSCADA allows an owner to overcome PSPS with their own monitoring data and control, site by site.